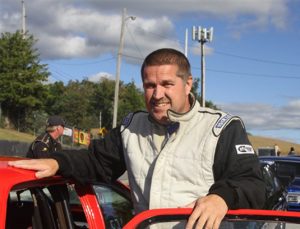 A second-generation drag racer Don started visiting the tracks of Central PA as an infant with his parents Deane & Gene. Don’s father purchased a 70, 454 Chevelle Super Sport new and raced  Super-Stock in Division 1 in the early seventies.

Seventy Chevelles were a natural choice when Don came of age. Today he still has his first, an original 70 Super-Sport BBC car restored to show quality, and a second 70 SS clone with a small block he races. For years Don and his father double entered the SS Clone and when they weren’t racing, they would be tinkering around and experimenting with ways to make it go faster. Eventually running a best of 10.24 a great ET for such a large car powered by a small block.

In 2015 Don purchased his current “Resurrected” 74 Vega, which he races in Pro and Pro-Dial, where he is always a threat.

Don is several times Super Chevy Champ and won a Super Pro Eliminator Walley at South Moutain Raceway in 2018. Don was the 2019 runner-up in Pro-Dial season points at Maplegrove Raceway.