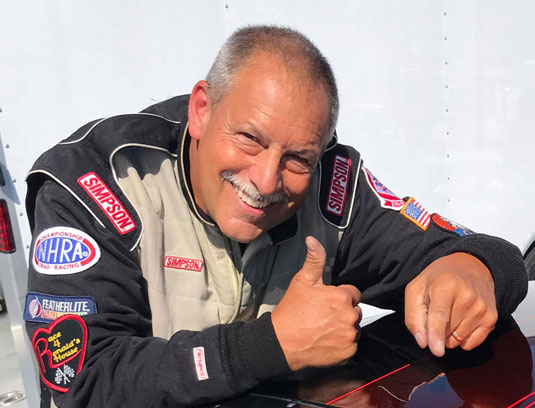 Paul got involved with cars and racing at 17, with his auto shop teacher being an influencer who ran a 1960 Corvette at the local drag strip. After attending Denver Automotive & Diesel College, Paul worked as a mechanic and supervisor for the Town of Huntington and traveled the NASCAR circuit as a photographer. Paul built several street and race cars during the years and found a passion for building racing engines. He played around with some road racing, speed boats but eventually found his way back to drag racing. After several drag cars, he’s found the right piece to get the job done with this Stroupe-built Grand Am.