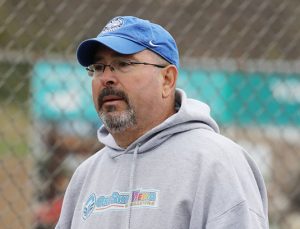 It was August of 1977 when young John purchased a 1969 Oldsmobile 442 from his older brother Paul with the understanding that Paul could race it one-time post-sale. This first trip to Maple Grove Dragway at the end of August set the hook in John for his lifelong love of drag racing. Come September, John returned to the Grove himself, trying his luck at the magical Christmas tree. Not long after, John tried York US 30 and Cecil County Dragway, and as they say, the rest is history.

John went on sabbatical from racing from 1986-2007, exploring other aspects of life but was pulled back in and has continued racing ever since.